Can Brands Afford To Ignore These 3 Game Changers?

brandpurpose.nl > Thoughts  > Can Brands Afford To Ignore These 3 Game Changers? 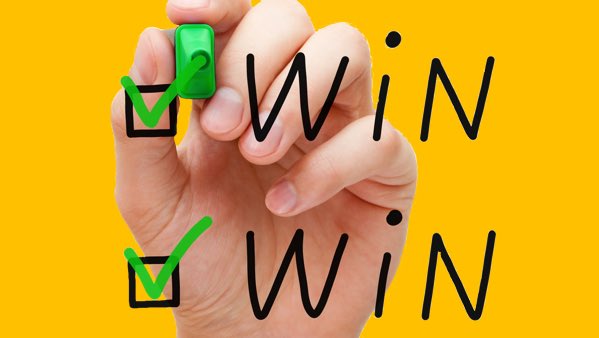 Can Brands Afford To Ignore These 3 Game Changers?

by Ewald Jozefzoon
in Thoughts
Comments

Eye to eye stand winners and losers. Hurt by envy, cut by greed. Face to face with their own disillusions. The scars of old romances still on their cheeks. And when blow by blow the passion dies sweet little death just have been lies. Some memories of gone by times would still recall the lies. (Michael Martens, Claudia Ute Bruecken)

Those of us who have lived through the eighties may remember this opening verse from Propaganda’s hit song ‘Duel’. It dispels the myth that winning is the happy end that justifies all means. It’s a poetic reminder that, in a win-or-lose zero-sum game (where winning requires others to lose), in the end, everybody will lose. Our brands can no longer afford to play along with this win-or-lose game. I see three forces at play that drive up the need and urgency for them to change the game.

And when blow by blow the passion dies…

Over the past many decades, corporate winning has been narrowly defined as maximising shareholder value and profit. In general, the narrower that definition is applied, the higher the risk of companies losing sight of their ‘true north’, their raison d’être, their ‘why’ or purpose. This is why Bayer CEO Marijn Dekkers made this comment, over a patent dispute with India regarding its Nexavar kidney cancer drugs: “We did not develop this medicine for Indians. We developed it for western patients who can afford it.” It’s another way of saying ‘we are putting profit over patients’. Win or lose.

This is also why Elizabeth Holmes’ Theranos was winning to the tune of a $9 billion valuation right up until the moment it vaporised amidst breaking news that the company covered up serious inaccuracies in their blood-testing technology.

There are examples aplenty that suggest that a win-or-lose mentality isn’t necessarily the most ideal stimulus for companies to act in the best interests of their stakeholders.

Time to prove what forever should last

Luckily, more and more companies are reaping the benefits of a positive-sum game: they know that they either win-win or lose-lose. This is why PayPal isn’t just in the business of convenient and secure online payment. Instead, they “help expand and improve financial participation and financial health for billions of people worldwide”. That’s a true win-win proposition that didn’t stop the company from reporting double-digit revenue and profit growth over 2016.

This is also why Tridios Bank isn’t just in business “to satisfy their customers’ financial needs and help them succeed financially” (this is actually Wells Fargo’s mission). Instead, their mission is “to make money work for positive social, environmental and cultural change”. Judging by their annual report, everybody wins. I know this because, in their report, Triodos Bank doesn’t only present its financials but its social impact as well.

These companies, and many more like them, are doing well by doing good. They have built purposeful brands on rich and meaningful value propositions that underscore their conviction that either everybody wins or everybody loses. The Brand Purpose Gap Analysis chart visualises the value components and parameters that define a purposeful brand.

Companies should consider the following three reasons why brands must win-win or lose:

The first cut won’t hurt at all

For reasons explained in the chart below, businesses benefit greatly from customer trust. Those who don’t have it, not so much.

The problem is that, much like our polar ice caps, customer trust is melting rapidly across the board. Edelman’s 2017 Trust Barometer revealed that trust in our institutions (business, government, media, NGO’s) “has imploded”. “Trust is in crisis.” At a current percentage of 52, trust in business continues to be in a downward spiral. It is the clearest sign that people simply don’t believe that businesses are working in their best interests.

With the exception of a rapidly rising few, businesses don’t seem alarmed enough to do anything about this. Rather, they seek salvation in ‘clever’ marketing as an enabler to learn to live with dwindling customer trust. It should be clear to see, however, that this is not a sustainable strategy. To compete for sustained and shared success in business, companies will need to genuinely invest in raising customer trust. To do so, their brands are required to play the ‘win-win or lose’ positive-sum game.

The second only makes you wonder

Integrity used to be what you do when nobody is watching. But today, in a hyper-transparent world, everybody is watching. Investigative journalism, whistleblowers, hackers, mobile cameras. They have all made it close to impossible for people to hide the truth anymore. And that’s not even the worst part. Today, bad news travels hyper fast, reaching an entire world population within milliseconds. So the less virtuous among us should not only fear the near-certainty of getting caught, but also its potential exposure to a captive audience of everybody.

When stacked against these odds, shouldn’t we start to ask ourselves if it makes any sense at all for our brands to aspire to anything less than a win-win?

The third will have you on your knees

If neither of the first two reasons were compelling enough, I’m pretty sure this one will be. It involves risk management.

Urgent action is required to prevent these landscapes from collapsing, unanounced, under the weight of mounting distrust in our institutions (we spoke about this as part of reason 1). The kind of unrest that will inevitably ensue would make the Occupy Movement look like a mid-afternoon park picnic. If there ever were a lose-lose scenario, this is it!

Every good risk manager will tell you that, in the midst of consequent public anger and outrage, you don’t want to be seen to be part of the problem. Being part of the solution is simply the right thing to do. But (from a risk management perspective) it’s also the smart thing to do. So don’t let me stop you from dropping out of the win-or-lose game and from signing your brand up into the win-win league.

What, if any, other game changers do you see surfacing on the horizon that require our brands to start thinking more of WE instead of ME?